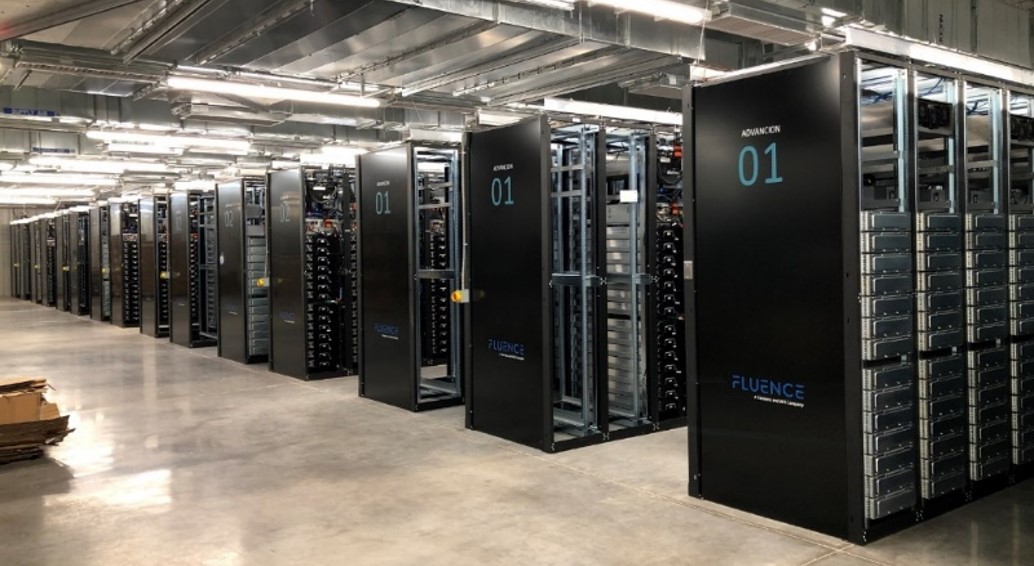 How Do You Put Out A Lithium-Ion Battery Fire?

Maybe the question should be, “should we put out a Lithium-Ion battery fire”? LIB (lithium-ion battery) failure is a thermal management problem that can lead to a fire.  Generally referred to as “thermal runaway.”  This can occur in Energy Storage Systems, ESS, often comprised of Lithium-Ion Batteries.

One of the main reasons why lithium-ion batteries can catch fire or fail is due to thermal runaway. This process can occur within the battery if it becomes too hot, and it causes a chain reaction that can ultimately lead to a fire. In addition, thermal runaway can happen if a battery is exposed to abused conditions such as high temperatures, physical abuse or if it is charged improperly.

During the thermal runaway of a battery, the chain reaction vaporizes the organic electrolyte and pressurizes the cell casing. If or when the case around the battery begins to fail, the flammable and toxic gases within the cell are released.  This causes additional concerns. For example, after thermal runaway starts, the process will not be able to be stopped. It won’t even be controlled by unplugging the battery. Additionally, you may not know when this runaway started, so it could be a reaction that takes place for a long time before you become aware of it. Ergo, you should ensure that the battery is being charged away from other fuels and exposed in a safe place that cannot ignite these other fuels.

What we want to manage/ mitigate is the failure propagation between cells. When LIB fails, certain LIB technologies catch fire; some technologies do not catch fire but off the gas, a potentially explosive mixture of gasses such as Hydrogen.  So, the unfortunate outcome of thermal runaway is either fire or gas production.  When you address the fire hazard, it can make the explosion hazard worse, and addressing the explosion hazard can make the fire hazard worse.

The best way to manage a lithium-ion (Li-ion) battery failure, either fire or explosion, is to address the hazards holistically.  If appropriate, use a fire suppression design specifically designed for. Also, understand that it may lead to an explosion as batteries can propagate between cells even if not on fire.  So appropriate gas detection and venting systems must be considered as practical measures and as required by code.  It’s essential to use a fire and explosion system designed explicitly for lithium-ion battery failures because other types of a system may not be effective at managing a lithium-ion battery fire or explosion and may even make the situation worse.

Lithium-ion batteries are commonly used in a wide range of electronic devices, from smartphones, laptops, electric vehicles, and power tools, and as Energy Storage Systems for power generation. These batteries pack a potent punch in a small package. However, while these batteries are generally very safe and reliable, certain conditions can cause them to catch fire.

Conditions That Can Cause Li-ion Batteries To Catch Fire

One of the main causes of lithium-ion battery failures leading to Thermal Runaway and, ultimately, fires or explosions is excessive physical stress. If a battery is subjected to high-pressure levels, such as being punctured or crushed, it can become unstable and catch fire. This can happen if a device containing a lithium-ion battery is dropped or impacted in some other way.

Another common cause of lithium-ion battery fires is exposure to high temperatures. These batteries are designed to operate within a specific temperature range. If they become too hot, they can become unstable, lead to thermal runaway, produce explosive gases or catch fire. This can happen if a device is stored improperly or environmental temperature ranges are not maintained, such as an HVAC failure leading to a hot environment.

Additionally, lithium-ion battery failures can be caused by charging the battery improperly. Charging is controlled by a Battery Management system, similar to your phone, only on a larger scale.  If a battery is charged using a charger that is incompatible with the battery, or if it is charged using a damaged or faulty charger, it can become unstable and lead to Thermal Runaway.

If a battery is overcharged or charged at a high current, it can cause metallic lithium to form within the battery. This can be extremely dangerous because metallic lithium is highly reactive and can cause a fire if it comes into contact with other materials within the battery, such as when the plated-out lithium can eventually form short circuits between internal battery components.

Overall, it’s vital to handle lithium-ion batteries carefully and avoid exposing them to excessive physical stress, high temperatures, or improper charging. While these batteries are generally very safe and reliable, there are some concerns that they can catch fire or create explosive gases even when they are not in use.

By following these guidelines from the NFPA, you can help to keep yourself and your devices safe.